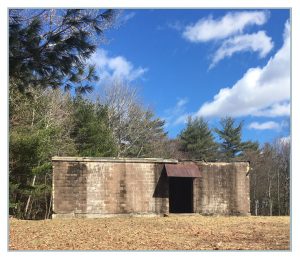 In January, 1928 State Park Commission founded in 1913 purchased 28 acres from Charles Stanley of New Britain for $560. Combined with 3 acres donated by Seymour Strong, the former site of a civil war era lookout tower which had burned down it became Above All State Park. The following year the Hartford 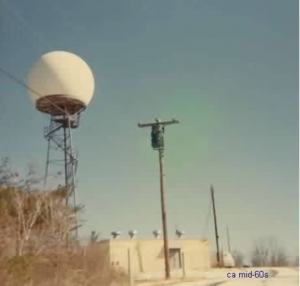 Courant described the park as “before its commanding summit lies a vision of rolling hills for miles in every direction, culminating in the Berkshires as they gather and sweep away on their imposing march northward. It is as yet entirely undeveloped and is not easily accessible for cars, but as an object of a hike it is one of the finest in the state.”
Events such as World War II, the Korean Conflict and the ever growing threat of the U.S.S.R. raised awareness that nowhere was really safe. Accordingly between 1957 and 1968 an entire system of computer and radar stations were built across the United States to guard against the possible attack of Soviet bombers armed with nuclear weapons. The site at Above All was unmanned and became part of SAGE (Semi Automatic Ground Environment] Air Defense network. The main building housed radar equipment and the back contained a generator. Radar signals were transmitted over telephone lines to SAGE direction center where computers would process data and provide targeting information of approaching bombers and launch surface to air missiles.