Although as early as 1641 there were colonial settlers in Stamford, it was not until 1731 that the proprietors of Connecticut turned their eyes to the western part of the state. In May of that year the governor and General Assembly met in May in Hartford to lay out the western lands. The whole was laid out into towns and the western half became the towns of Kent

The act further stipulated  that its land should be sold at public auction, “to inhabitants of Connecticut only,” at the different county seats. Kent was sold at Windham in March, 1738 in 53 rights or shares.

The first fifty shares were sold outright with the remaining three shares set apart: one for the benefit of the first “gospel minister settled”, one to be sequestered for the use of the ministry forever, and one for the use of a school in such town. (including Warren) Sharon, Cornwall, Goshen, Norfolk, Canaan and Salisbury.The Township of E was Kent and by 1750 Warren was its eastern parish called East Greenwich. 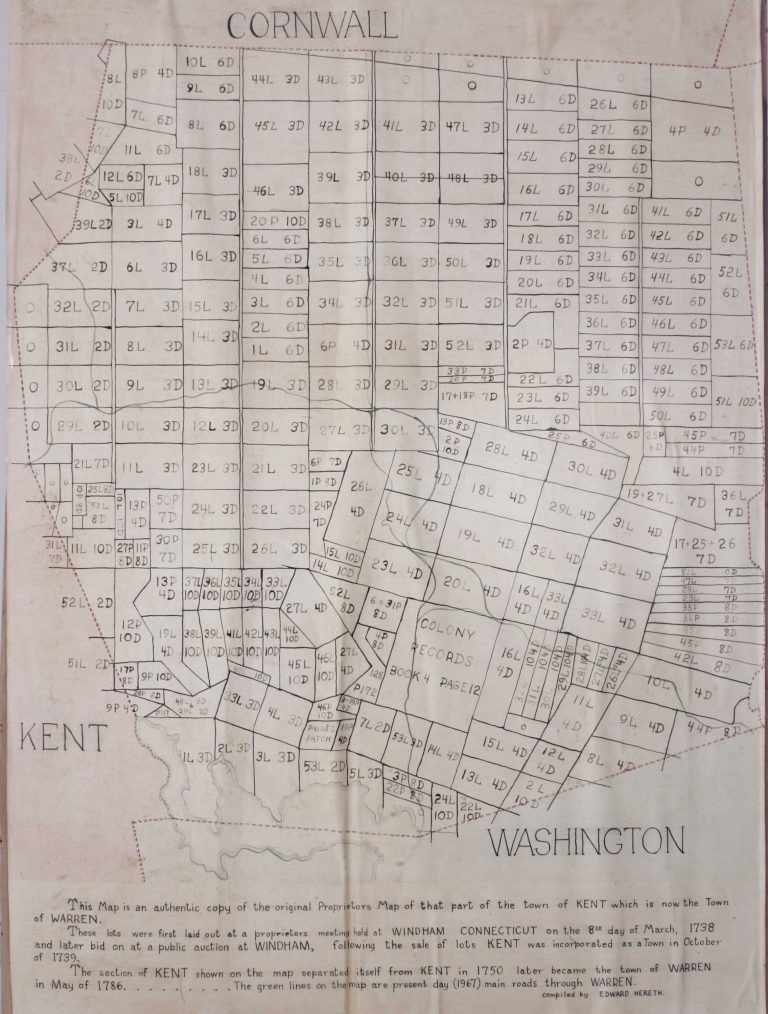